World Environment Day will be celebrated on June 5th to raise awareness towards various environmental issues such as air pollution, global warming, deforestation and biodiversity loss.

When talking about protecting the environment, one cannot help but dwell on the importance of pollinating insects par excellence: bees!

Their role within the ecosystem is fundamental: just think that 70% of the world’s agriculture depends on the pollination carried out by bees; therefore, without them, the plants pollinated by them and the related food products consumed by humans would no longer exist.

At the latest meeting of the Royal Geographical Society of London, the Earthwatch Institute declared bees as the most important living beings for several reasons: 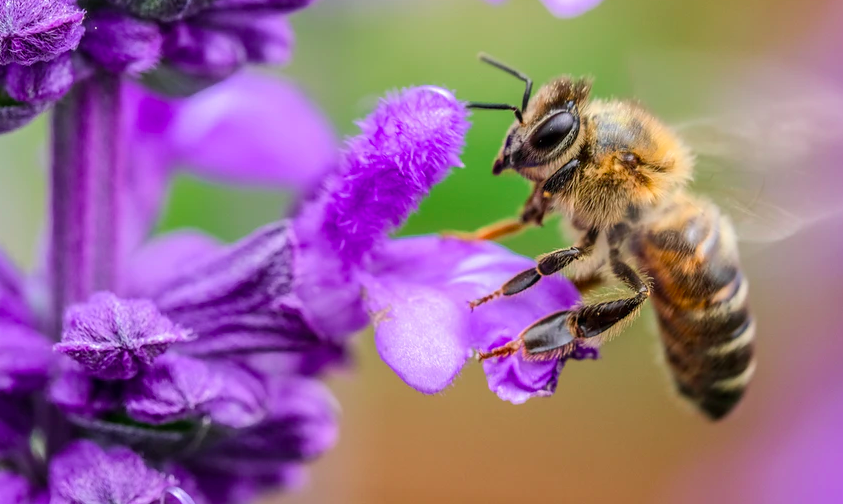 One of the main antagonists of bees is the uncontrolled use of pesticides, which are highly harmful to bees and with which they come into contact when collecting pollen from flowers and plants on which these chemicals have been used. What is certain is that the decline of bees is not caused solely by the intensive use of pesticides, but also by other human practices that lead to the destruction of natural habitats, such as deforestation and the transformation of fields, forests and meadows into building areas. Global warming, a very harmful issue for biodiversity, also has a highly detrimental impact on the survival of bees: in fact, the increase in temperature leads the flowers to change color to adapt and protect themselves from the new temperatures, and therefore bees are no longer able to recognize and pollinate them.

Another plague affecting the world of bees is that of the various diseases that attack them, first and foremost the Varroa mite that weakens bees to the point of eliminating an entire colony of bees.

Various solutions can be put in place to protect the environment and bees:

In conclusion, we can say with certainty that the disappearance of bees would lead to disastrous consequences for humans. This is why it is essential to act now in favor of the repopulation of these insects, even simply by joining the various initiatives promoted by beekeepers, environmental protection associations and companies such as Beeing!